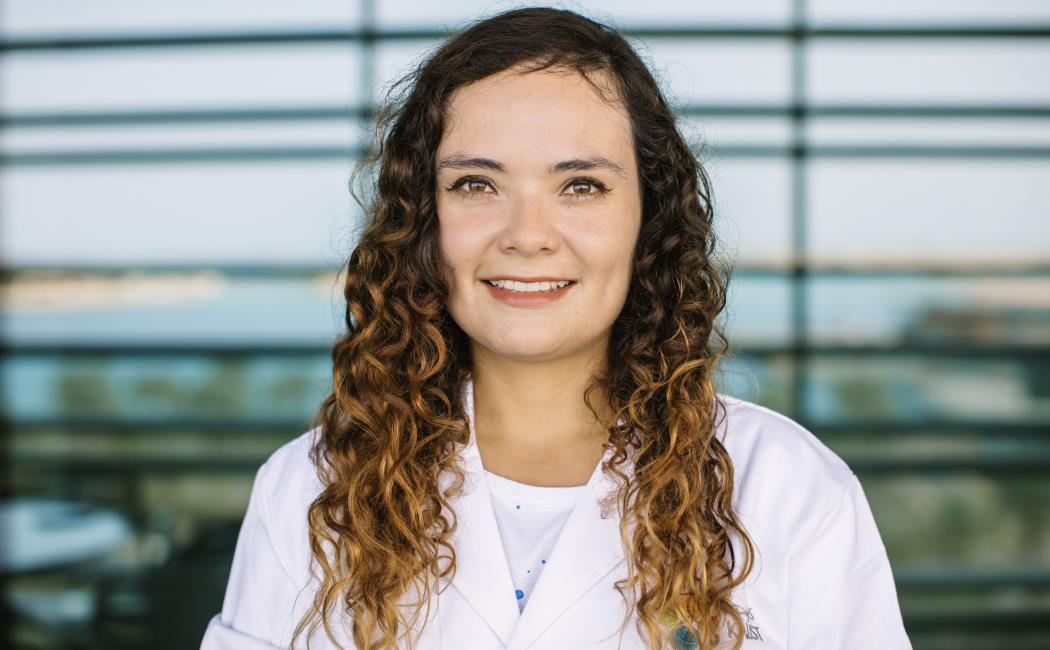 We took some time to talk to Nathalia Delgadillo, currently a PhD student at Prof. Raquel Peixoto Marine Microbiomes lab.

Previously, she did her Bachelor’s degree in Biology at Universidad Nacional de Colombia, where she won a national competition of the best bachelor’s thesis, sponsored by the biggest Oil Company of Colombia. After successfully discovering that yeast from the genus Rhodotorula inhabiting tanks of urban vehicles could “eat” gasoline, she continued to work on hydrocarbon degradation related studies at Prof. Daniele Daffonchio's laboratory where she did her Master’s degree. She studied the physiological adaptations of a novel species of bacterium from the genus Alcanivorax isolated from the deepness’s of the Red Sea. This bacterium from 1000m below the surface is able to degrade hydrocarbons; and, her goal at the time was to understand how the deep conditions of the Red Sea (e.g., high hydrostatic pressure, and unusual elevated temperature) influence the growth and physiology of this specific microbe. In her own words “this is key to understand the special adaptations of microorganisms associated with such extreme conditions, as well as their ability to use different hydrocarbons as carbon sources in the Deep-sea ecosystem”. Her research work, done in collaboration with Prof. Alberto Scoma from Arhus University in Denmark, showed that this novel species of bacterium has a piezo-tolerance different from other Alcanivorax species. In fact, it has a positive compensation of growth inhibition, observed when the cells are exposed to mild hydrostatic pressure (10 MPa) combined with a relatively high temperature. Call that living it to the extreme….

Nathalia continues interested in using bacteria that can attenuate pollutants in marine ecosystems, as nature-based strategies to mitigate anthropogenic impacts. But, after finishing up her Master thesis, she wanted go a step further and link the use of microorganisms to produce biotechnological solutions that can be applied to restore damaged marine ecosystems, such as coral reefs; and, help prevent the reef degradation that we see in our tropical seas and oceans nowadays. As such, Nathalia has changed from the deep-sea microbiology, to the demands of the “Coral reef saviour” We will explain…

Nathalia now “prepares” a lab-made probiotic consortium – “coral-yogurt” – made from native bacteria isolated from corals in the Central Red Sea. Her experiments include the selection of a probiotic conglomerate based on their potential beneficial traits, which she first tests in the lab in ex-situ conditions. For that, she takes samples of coral fragments to analyse the changes in their associated microbiome, and some physiological aspects to understand the overall effect of such treatment in the coral holobiome. She also analyses the effect of the “coral-yogurt” in the surrounding environment, by collecting water, sediments, and other organisms' samples (e.g., fish) to assess their associated microbiome and understand the potential implications of applying probiotics in a holistic manner to the reef ecosystem.

Ultimately, Nathalia changes the lab “apron” for her scuba diving gear, and then serves her latest “coral-yogurt” recipe to the hard coral Pocillopora verrucosa, in the "Coral probiotic Village" just 15 km off-shore from KAUST.

Nathalia’s passion is to apply science to real-world solutions, that can effectively reduce and prevent the anthropogenic negative impacts in the different marine ecosystems. This includes enhancing the coral's resilience to climate change, increasing their thermal tolerance, and other related aspects to the coral's general health. She now found a perfect way to combine microbiology to conservation strategies, and hopefully find an effective “coral-yogurt” recipe to help P. verrucosa and other corals sustain the environmental pressure of the seas.