Working towards a safer future for our oceans 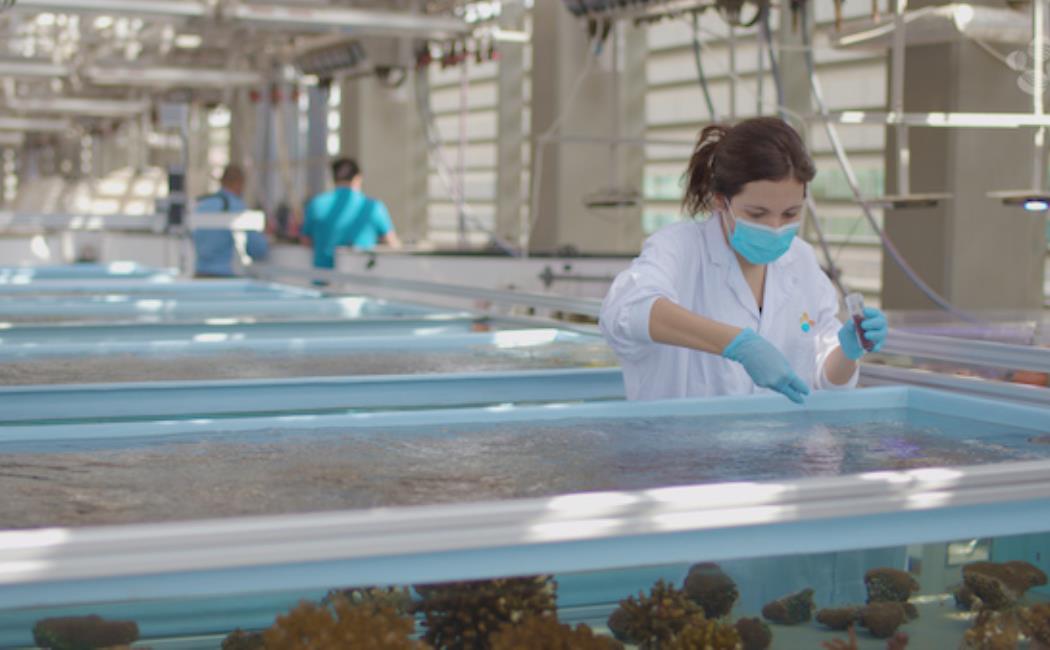 Working towards a safer future for our oceans

- By Prof. Raquel Peixoto  | For GreenBiz

This article is sponsored by KAUST.

The ocean’s stable health is an important component that upholds the climate’s behavior and life on Earth. A key indicator of that health? Coral reefs, also known as the marine "canaries in the coal mine."

Coral bleaching due to climate change is a major concern among ocean researchers. Record ocean temperatures during 2014-2017 triggered a mass bleaching event around the globe, a sign that this issue is becoming more dire.

Considering coral’s importance to the ocean ecosystem, this could lead to a vicious cycle of damage. Coral reefs along coast lines are critically important to both the fish and other organisms that live and/or depend on them and the human populations that rely on those organisms to sustain their economies and provide food. We have reached the point where we can no longer discuss "if" but "when" and "which" coral reefs will need urgent assisted human interventions to be saved.

If the world aims to restore marine life in the next 20-30 years, or even less, the efforts need to consist of a combination of techniques ranging between CO2 mitigation solutions and looking into preserving, supporting and rehabilitating coral reefs.

What we can learn from The Red Sea

Corals hold unique significance for oceans and the world’s climate at large — they are home to 25 percent of marine life. They are also critically important to the coastal communities they support with fishing and other activities. The ecological, economic, and societal benefits globally have been estimated at $9.8 trillion, and close to a billion people depend on them for food and income. Programs to predict and monitor coral bleaching events have been put into place because such events are so devastating to the broader ecosystem.

This all makes what’s happening in the Red Sea, and the work of the KAUST researchers who study it, so important. The Northern Red Sea, in particular, is home to resilient and temperature-resistant corals that are bucking global bleaching trends.

Temperatures of the Red Sea during summer average just above 32 degrees Celsius, a temperature that basically would kill corals in places such as the Caribbean or Australia’s Great Barrier Reef. Research into understanding why Red Sea corals can survive these temperatures could be used to help corals elsewhere. Time is of the essence, as the fragility of most corals mean they would not survive the expected 2-3 degrees C increase in global temperatures predicted by the end of the century.

Recent breakthroughs have shown that coral reefs under duress can be made more resilient by introducing beneficial bacteria, something known as coral probiotics. These probiotic cocktails are made of coral reefs’ native common marine beneficial bacteria, which are essential for corals but are also sensitive to environmental stress. Their repositioning or replacement by stronger beneficial organisms allows the coral to keep its microbiota balance and better withstand climate change-driven effects including rising water temperatures.

Scientists at KAUST’s Red Sea Research Center (RSRC) have been working on creating a Red Sea Microbial Vault (inspired by the Microbiota Vault) that would collect, explore, identify, gather and catalog the valuable microbes from the Red Sea. This is being done to unlock even more secrets and treasures of Red Sea coral and to map better and more comprehensive ways of protecting coral. The RSRC team collects corals, isolates bacteria associated with them, sequences their genome, selects beneficial traits, labels these traits and runs constant tests to evaluate their ability to boost the resilience of these corals.

Understanding the genetics is critical, as the manipulation of coral-associated microorganisms, using Beneficial Microorganisms for Corals (BMCs), is possible and can increase the host’s resilience and resistance against environmental threats such as rising temperatures. This approach also can be explored to support coral gardening for restoration/rehabilitation efforts by speeding up coral growth and survivorship.

The research is a combination of techniques, efforts and expertise. Scientists from the RSRC team look at raw data along with measuring what is really happening in the organisms.

The end result will be a type of sustainable and natural "customized medicine" for coral that can be explored around the world, aiming to hinder the decline of global reefs. This could even lead to corals being reintroduced to new regions or areas where it has disappeared entirely.

An example for the world

KAUST researchers are also hoping to attract ecotourists to visit conserved and well-managed reefs and to develop coral reef protection, recovery and rehabilitation projects in the Red Sea. The results will then become models that could be replicated in other parts of the world, serving both as a teaching tool and local economic benefit.

Besides their efforts in Saudi Arabia, KAUST researchers have been discussing the use of coral probiotics in conservation projects in Brazil, with organizations such as the World Wildlife Fund, as well as hotels and tourism companies that plan to have coral nurseries and restoration efforts.

RSRC researchers are also studying other aspects of the Red Sea’s unique ecology — such as mangroves that can remove and store carbon — to access discoveries that can be applied to the global fight against climate change.

Ultimately, the oceans — and specifically the unique environment of the Red Sea — can tell researchers much about how to mitigate global climate change effects by protecting and restoring marine life. Given its importance to life in the ocean, corals may just be the key to something much bigger.